Everybody's favorite New Wave pop star – Adam Ant has announced an exciting tour for 2020! He will be celebrating his incredible career with a unique performance of the entirety of his first and iconic solo album Friend of Foe! Head on down to Majestic Theatre Dallas on Tuesday 28th April 2020 – but don't forget to book your tickets quickly as this is set to be one of the biggest tours of 2020! 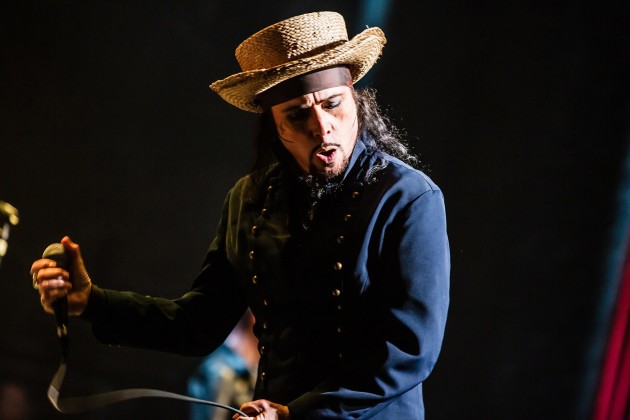 The incredible English singer and musician Adam Ant has become an iconic artist known for his incredible career that transformed the UK music scene during the 1980's, as part of his heavily New Wave influenced group Adam and the Ants. As he rose to fame as the lead singer of the band, he also went on to pursue his solo career which gained success ever since. With his groundbreaking ten UK hit songs including three number one singles, Adam Ant proved that he had what it took to go far and is one of the longest standing names on the New Wave scene.

Hailing from London, Adam Ant followed his passion for music as he performed in a band Bazooka Joe on Bass guitar before creating his band Adam and the Ants. Together they made their debut all the way back in 1979 as they took to the top of the UK's independent albums chart with Dirk Wears White Sox. Following their first release they gave to the world their second record titled Kings of the Wild Frontier in 1980 which was a major success for the group as it topped the charts hitting the number one spot in the UK. The album became one of their biggest to date and was highly rewarded for its creativity, winning the Best British Album award at the 1982 Brit Award show. Just one year later since their last release, Adam Ant dropped his third and last album with the band – Prince Charming, the album was yet another successful release, spawning hit number one singles such as; "Stand and Deliver" and of course the title track "Prince Charming".

Since Adam Ant took the initiative to continue his career as a solo artist, he has had a long list of chart topping albums from his 1982 record Friend or Foe to his most recent Adam Ant Is the Blueblack Hussar in Marrying the Gunner's Daughter in 2013. Friend or Foe was defined as glitzy glam pop and is said to be Adam Ants best records to date along with one of the best New Wave albums to exist.

Adam Ant is known for his show stopping music, but he is also known for his creative and unique style, most famously known for his military jacket look and white face paint, often paired with skinny leather trousers for that biker look which was very much part of the glam rock and punk era.

Get ready as Adam Ant takes you back in time as he embarks on a journey around the world, bringing his unforgettable songs from the legendary Friend or Foe album! Hear all of your favorites LIVE in concert – don't miss this once in a lifetime opportunity!