The all Mexican extravaganza show of Jose Hernandez' Merry-Achi Christmas comes to Majestic Theatre Dallas on Sunday, December, 11th, 2022. This show brings you all the favorite holiday songs and music from Mexico. With influences to their traditions from Spain, Germany and indigenous and European America. Experience the festive musical tribute to Mexico’s Christmas traditions. Singing and playing holiday favorites from both Mexico and America in a vibrant performance that will have the whole family dancing in the aisles. Grab some tickets now for a fabulous night of festivities for the whole family! 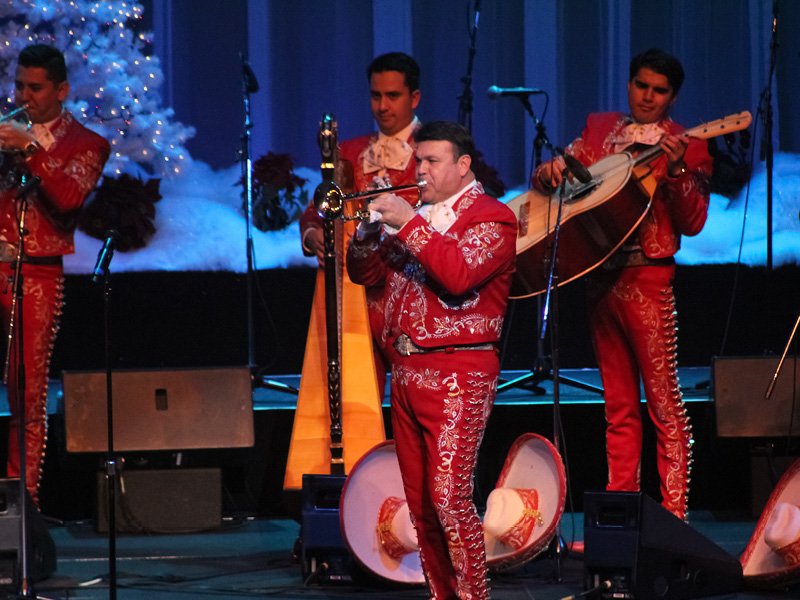 The word “mariachi” is a term that can be used to describe the individual musician, the ensemble, or the musical genre itself. A definitive origin has never been established, and many Mexican scholars argue that groups called “mariachi” were already in existence by 1830.

The Mexican Christmas holidays starts on December 12th and extends all the way through to January 6th of every year, featuring almost a full month of holiday festive treats, music, traditions. On Christmas Eve, there is a mass and feast. On January 6, the holiday is celebrated with Candle mass as the arrival of the Three Wise Men and the presentation of images of Jesus as a child at churches. These traditions were influenced by both the pre-Hispanic and the Mexico's colonial periods, also with the incorporation of some indigenous and Spanish practices. Some German and United States practices have found their way and have now also become part of these traditions. The troupe of Jose Hernandez performs traditional Mexican Christmas music, hymns and songs, loved and popular now in the United States.