Your favourite guitarist is on a US tour this year and if you're yet to see this guy thrashing out his sensational tunes, live on stage then now is your chance. The 'Guitarist of the year' is set to wow his fans once more in another smash hit tour, Jesse Cook will take on the North American road in spring, stopping in Dallas, Texas on Friday 15th April 2022, this stop will play at the outstanding and iconic Majestic Theatre for a night of strings, crisp and husky tones and your favourite hits! Get your tickets today by clicking on the 'get tickets' link above! 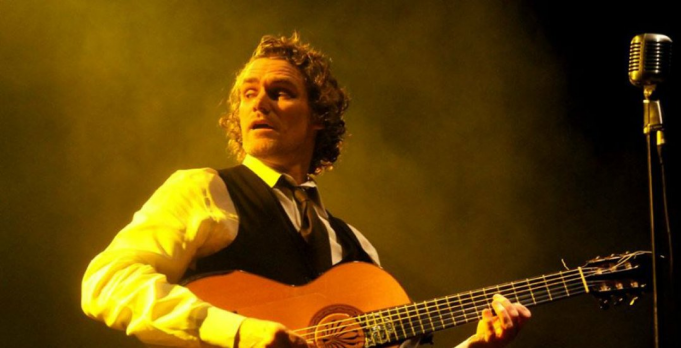 Jesse cook, has that special sound you're searching for, the acoustic guitarist mixes elements of flamenco, Brazilian Samba, jazz, pop, and Persian music, he really hits that musical spot and his loyal fanbase consistently sell out tour dates to witness his skills, his hits, hits energy live! Jesse has been lucky enough to travel the world to explore new musical styles to incorporate into the unique style he has created over the past 3 decades.

The guitarist has won multiple awards of excellence along the way, after nearly 30 years in the business he certainly knows his way around and has tried his hand at many different areas of the industry. Jesse produces his own music videos including direction, filming, editing and starring since 2011, a rarity amongst musicians and one he has been hailed for! After recording on some of the biggest music labels including EMI, Cook has sold over 1.5 MILLION records all over the world, Including 10 studio albums!

Jesse cook will come to Dallas, Texas this spring and play at the famous Majestic Theatre Dallas on Friday 15th April 2022. For tickets to this huge event, we recommend buying in advance! So look no further, simply scroll up to the 'get tickets' link to buy yours right away!