Grab your festive stocking and come get it filled with joy at the Home Free Family Christmas Tour with Home Free Vocal Band and Texas Hill at the Majestic Theatre in Dallas on Friday, December 30th 2022. The penultimate night of their tour, and they have saved the very best venue for last, come on Texas grab some tickets quick, this is one sing-a-long good way to enjoy your holiday break and wind up the year! "Come join the family – We can't wait to celebrate the holidays with y'all on the road" the band said at the latest tour announcement, having just wrapped their summer tour and released their brand-new album, So Long Dixie. 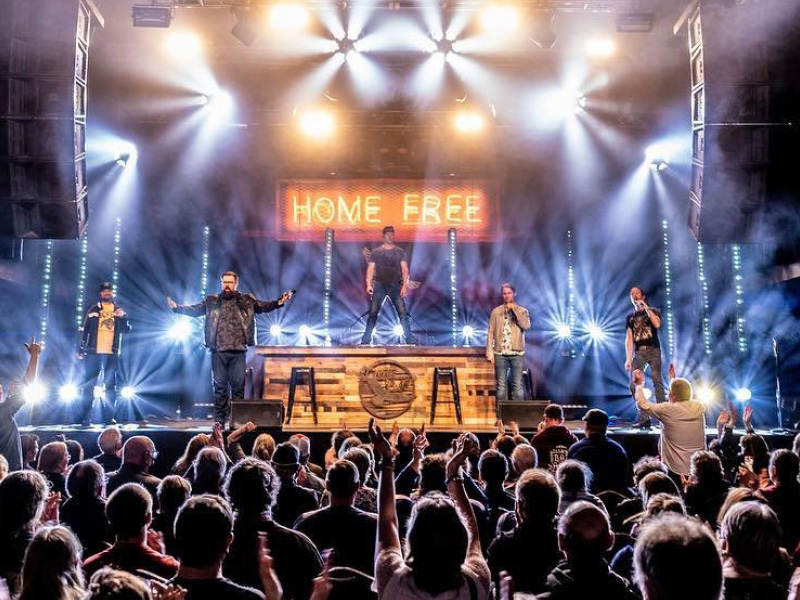 In 2001, as a group of teen hobbyist singers, the A Cappella quintet, now known as The Home Free Band, began their music career. They all left their respective schools and colleges with professional qualifications in music and have not looked back. Tim Foust and Austin Brown, the founding members, have been instrumental in composing almost all of their music. Early days saw them performing to the captive audiences of the cruise ship entertainment world, and have since grown in confidence to take on the wider world and develop a name for themselves.

Starting out, the Home Free Vocal Band, as an all-purpose vocals group with no real tie to any music flavor, recently adopted Country style music, and past performances have indicated the audience appreciation of this shift. ‘Full Of Cheer’, their first album release In 2014, they revamped and re-released the album as 'Full of (Even More) Cheer' in 2016. This re-release debuted in the Top Country Albums at number 2. The releasing of their 14th album in 2021 is an outstanding achievement.

Christmas and Christmas season is an all band favorite time of the year, and so is Christmas music, their three Christmas albums attest to this and feature this theme. Like so many other musicians and musical performers, Home Free Band were fortunate enough to continue writing and recording and have finally finished their latest album, So Long Dixie, now available on pre-sale.