Around the world, few venues are quite as sought-after as the Majestic Theatre Dallas. One of Dallas’s main attractions, people come from all over Texas and beyond to see shows here. For many artists, performing at the Majestic Theatre Dallas is a dream come true – just as it is for the many fans in the audience!! With a reputation for providing only the best when it comes to theatre, music, and dance, there’s no better place to see a show than the Majestic Theatre Dallas! Early booking is strongly recommended for the best seats, so don’t delay – get your tickets to see Glenn Beck on Saturday 27th October 2018 now, while they last!! 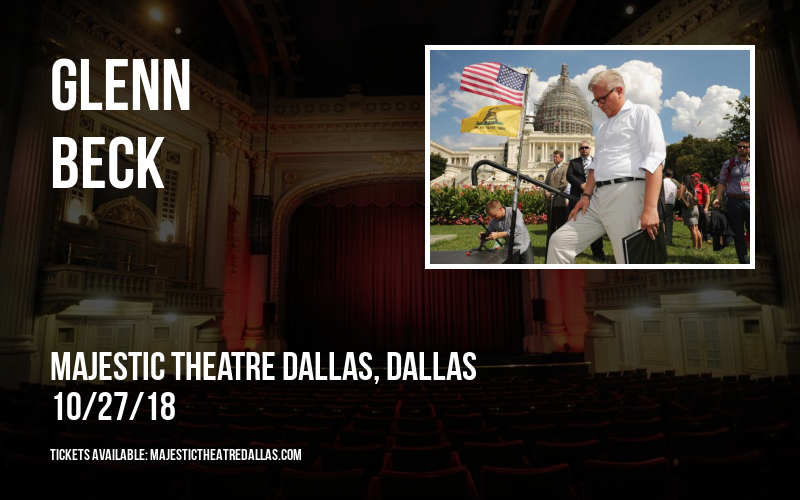