This spring of 2023, sensational stand-up comedian Dan Cummins will bring the Burn It All Down Tour to Dallas! The show is part of Dan Cummins’ 16-date tour across North America. On Saturday, 25th February 2023, the highly-acclaimed comedian and podcast host will deliver all-new material at the Majestic Theatre Dallas! This performance is guaranteed to provide new jokes and hilarious anecdotes! Cummins, known for this unique comedy style, is regarded as stand-up comedy’s fastest rising star and will get the audience laughing like there’s no tomorrow! If you love comedy, you should grab tickets to see Dan Cummins at the Majestic Theatre Dallas! 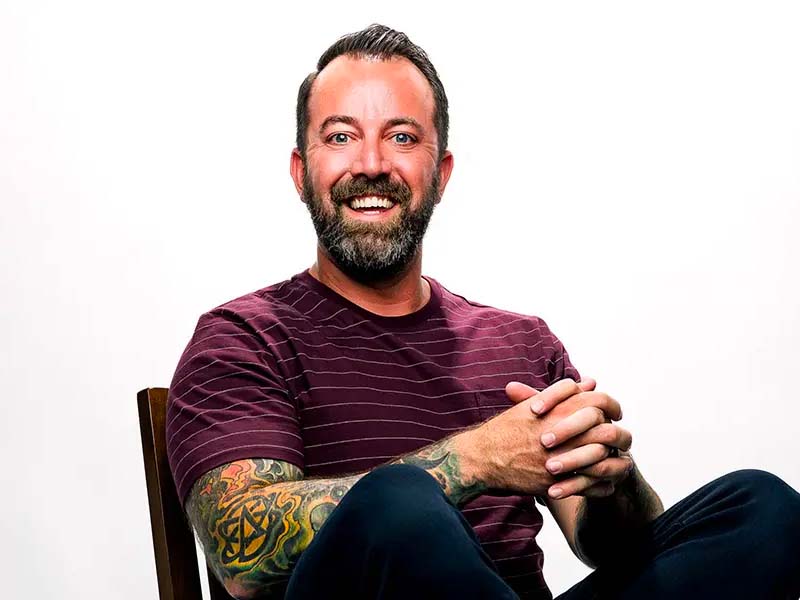 Dan Cummins emerged in the comedy scene in 2000 when he performed during an open-mic night at the Laugh’s Comedy Cafe in Spokane, Washington. The following year, he joined the Seattle Comedy Competition and earned the runner-up spot. During the competition, Cummins met his would-be comedic partner David Crowe. Together, Cummins and Crowe formed the variety act called COBDOG, which stands for Crowe on Bass, Dan on Guitar. In 2003, the duo split and pursued their careers as solo performers.

Two years later, Cummins joined the Just for Laughs Montreal Comedy Festival. His incredible performances resonated well with the audience and caught the attention of The Late Late Show and Comedy Central’s talent booker. In 2006, Cummins finally performed his first TV appearance at Comedy Central’s Live at Gotham. The following month, he made his network TV debut on the Late Late Show with Craig Ferguson. Over the years, Cummins made notable appearances in renowned events and TV shows, such as the Rooftop Comedy Aspen Comedy Festival, The Tonight Show with Conan O’Brien, Byron Allen’s Comedy.TV, and more.

Cummins has released nine highly-regarded comedy specials. In 2008, he was featured in his first comedy special titled Comedy Central Presents Dan Cummins. Some of his other notable works include Crazy with a Capital F (2010), Don’t Wake the Bear (2016), and Maybe I'm the Problem (2018). Over the years, Cummins has garnered a massive following. His latest special, Get Out of Here: Devil (2020), received rave reviews from critics and fans alike.

Tickets to see Dan Cummins’ Burn It All Down Tour at the Majestic Theatre Dallas are now available!