The maker of the biggest song in the world, “Baby Shark,” is coming, and you better not hide! Baby Shark Live! is coming to the U.S., and they’re going on an extensive 42-date tour! On Friday, June 3rd, 2022, Baby Shark Live! will be stopping at the Majestic Theatre Dallas! Join this immersive musical show featuring the characters from the most-beloved underwater family, Baby Shark, Mommy Shark, Daddy Shark, Grandma, and Grandpa Shark! This is a once-in-a-lifetime opportunity to experience the Baby Shark world right in the heart of your city! If your kids loved the Baby Shark song, you better grab your tickets now because the show is bound to sell out! 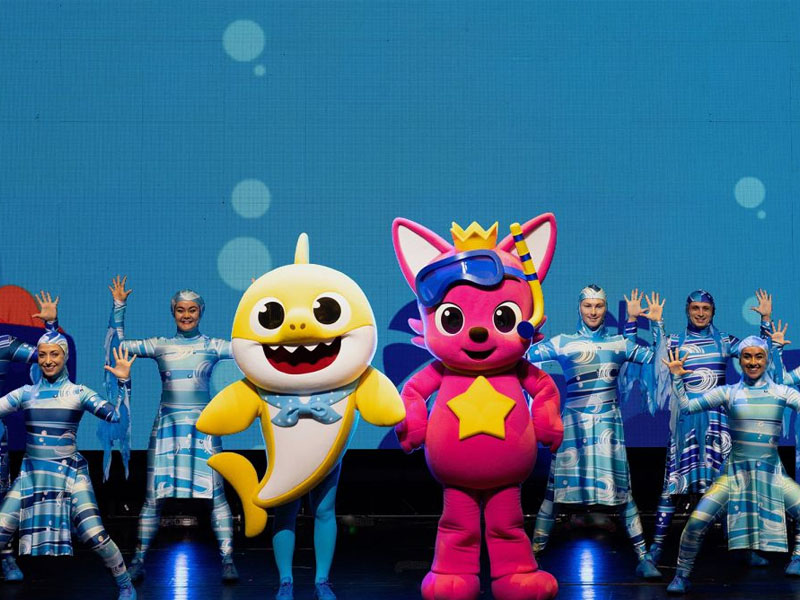 “Baby Shark” is a popular kid’s song covered and produced by Pinkfong, a South Korean Entertainment Company. The music video, uploaded on Youtube, went viral on the Internet and has amassed over 10 billion views. The English version of the song also topped Billboard’s US Kids Digital Songs and eventually earned 11 platinum certifications in the U.S. The song, which was originally sung in Korean, became available in several languages, including English, Mandarin, Spanish, and many more. Due to the song’s popularity, Pink Fong has created a series of spin-off music videos using characters from the original Baby Shark Video. Other youtube cartoon channels, such as Baby Bus, Coco Melon, and Bounce Patrol, also covered the song and uploaded their own versions.

The Baby Shark series was adapted into a live music show, Baby Shark Live! The wholesome family show features the characters from the popular Youtube videos, plus appearances by the character Pinkfong and other creatures. Kids of all ages can come and experience the world of Baby Shark and his family on this 80-minute spectacle filled with music, under-the-sea extravaganza, and other beloved characters.

If your kids are fans of Pinkfong’s popular youtube shows, you better score your tickets and create memories with your family! Tickets are now available for Baby Shark Live! at the Majestic Theatre Dallas on Friday 3rd June 2022.